Welcome to the South Carolina Political Collections (SCPC) subject guide for the Environmental Action in South Carolina. Please use the links below to explore relevant material from our holdings, how to get in touch, sources for environmental law and policy, and a sneak peak from our archives.

This guide provides a detailed selection of our relevant holdings, but should not be treated as an exhaustive list. Be sure to check out our finding aids and click on the collections in this guide to review the entire collection.

If you have any questions or comments about this guide please contact us. 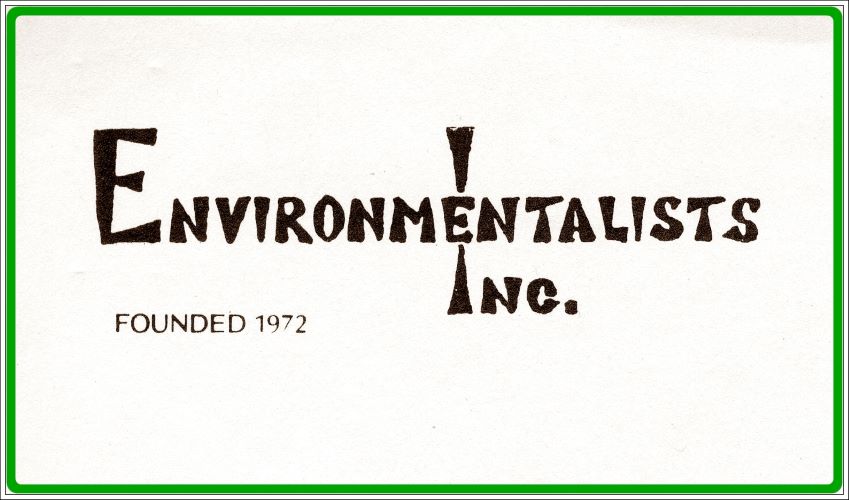 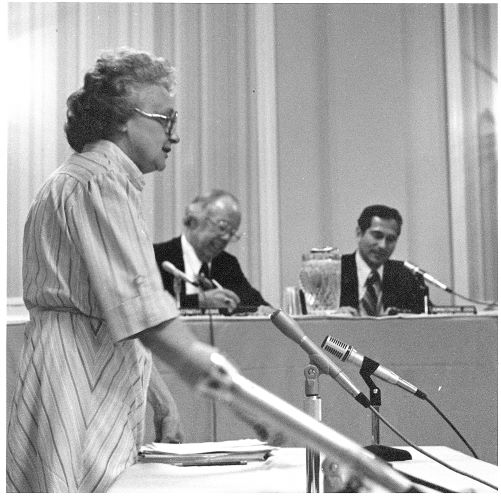 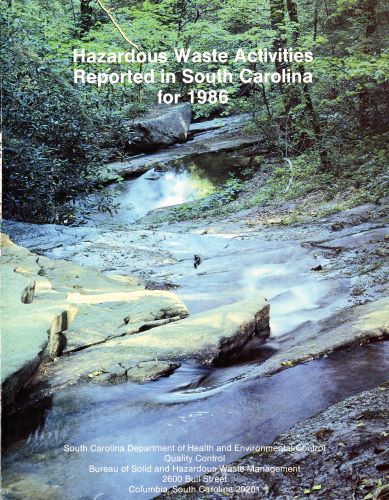 Report from the South Carolina Department of Health and Environmental Control (SCDHEC) on Hazardous Waste, 1986

Hollings represented South Carolina in the U.S. Senate, 1966 to 2005, as Governor and Lt. Governor, 1955 to 1963, and as a state legislator, 1949 to 1954. He was on the Commerce, Budget, and Appropriations committees, whose work impacted environmental policies, and was a key figure in the creation of the National Oceanic and Atmospheric Administration (NOAA).

In the Papers: There are approx. 1100 relevant folders spread throughout the Legislative Files and Constituent Correspondence of his Senate Papers. Browse through folders in each of the four Legislative finding aids under the headings: Animals, Commerce, Energy, Environment, and Interior. Or, search for key words/phrases like:

In addition, there are approx. 100 relevant speeches in the Speeches series with additional relevant documents in Press and Media, Voting Record, Campaign Files, and Clippings. Also, some of the Senator’s digitized writings and speeches are part of Fritz Hollings: In His Own Words.

Keyserling represented Beaufort County in the S.C. House from 1977 to 1993. She served on the Joint Legislative Committee on Energy and in 1991, become Energy Committee Chair. She is associated with several pieces of major energy legislation, such as the Solid Waste Bill, Energy Conservation and Policy Management Act, South Carolina Energy Conservation and Efficiency Act of 1992, Southeastern Interstate Low-Level Waste Compact, Energy Tax Credit Bill, and the Prohibition of Nuclear Waste from Foreign Countries. From 1979 to 1982, she was a member of Congress’ Advisory Panel on Nuclear Waste Disposal. After retirement from the House, she served on the Advisory Committee to the State Energy Office.

In the Papers: Keyserling's papers reflect her concern for natural resources and the production and use of energy in South Carolina from the 1970s through 1990s. Browse through the Beaufort Co. files (boxes 3- 6), Energy files (boxes 11-21), Hazardous Waste files (box 22), Marine Resources (box 23), National Conference of State Legislatures (box 24), and Natural Resources (box 25). Or, search for the keywords below in her finding aid.

Formed in 1951 from leagues in Charleston, Columbia and Spartanburg, and is a non-partisan organization that encourages citizens to learn about and become active in government.

In the Papers: The State League Records include program files for topics under study and reflect the League’s diverse concerns. Close to 150 folders under the heading “Natural Resources” relate to coastal zone management, land use in Richland and Lexington Counties, nuclear energy, hazardous and nuclear waste, and water (Boxes 25 to 31) and cover the late 1950s to the mid 1990s.

Kelly got involved in environmental protection causes in 1972 when she joined the League of Women Voters of SC. She became president of the State League and held leadership positions in organizations like the South Carolina Environmental Law Project. She also served on the DHEC
Environmental Quality Control Advisory Board, the Governor’s Statewide Hazardous Material Steering Committee, and the South Carolina Joint Legislative Committee on Energy Policy Panel.

In the Papers: Most of the approx. 18 cartons document her work on issues surrounding nuclear energy and waste, hazardous waste, and natural resources in general from the 1970s through 2008.

Hamby founded the all-female Bradley, Graham, and Hamby Advertising and Public Relations Agency in Columbia, S.C., in 1951. They counted numerous major businesses and high-profile politicians among their clients. In the early 1970s, they represented several environmental groups concerned about the potential impact of a manufacturing plant for dyes, plastics and petrobased products that German chemical company BASF (Badische Anilin and Sodafabrik) sought to construct in Beaufort. These groups included South Carolinians for a Better Environment, South Carolina Environmental Action, Inc., and the Citizens Association of Beaufort County.

In the Papers: The Hamby Papers (7.25 linear ft., 1946 to 2001) contain mostly client files. The Bradley, Graham, and Hamby Agency’s efforts on behalf of environmental groups in the BASF campaign are documented with 25 folders of correspondence, ad campaign files, printed materials, etc.

Environmentalists, Inc. (E.I.) is a non-profit, non-governmental organization founded in February of 1972 originally in “reaction to fears over the building of the Barnwell Fuel Plant” and to combat the promotion of nuclear power without adequate attention to its risks and weaknesses.  It later devoted itself “to the protection of the environment and public health.”  E.I. is mostly involved in nuclear issues, but also is involved with toxins and other environmental projects.

These freely accessible sites offer information about environmental policies and laws in the United States.