The Banking Industry in South Carolina

Please contact the reference staff at sclref@mailbox.sc.edu or 803-777-3132 to request materials 24 business hours before you visit.

Welcome to the South Carolina Political Collections' Subject Guide: The Banking Industry in South Carolina. Please use the tabs above and boxes below to find useful resources. If you have any questions or comments about this guide please let us know.

"The economic development and wellbeing of South Carolina depends on our commercial banks to provide needed capital to both individuals and business so they can grow and be successful." – Lloyd Hendricks, 2017

Banks facilitate the lending and borrowing of money, allowing the state, businesses, and individuals to pursue innovative projects, achieve goals, and provide general necessities. South Carolina's banking industry has a rich history which touches every sector and citizen in the Palmetto State.

A Brief History of Banking in South Carolina

If you're looking for an easy place begin your research, these collections have the most information about South Carolina's banking industry. 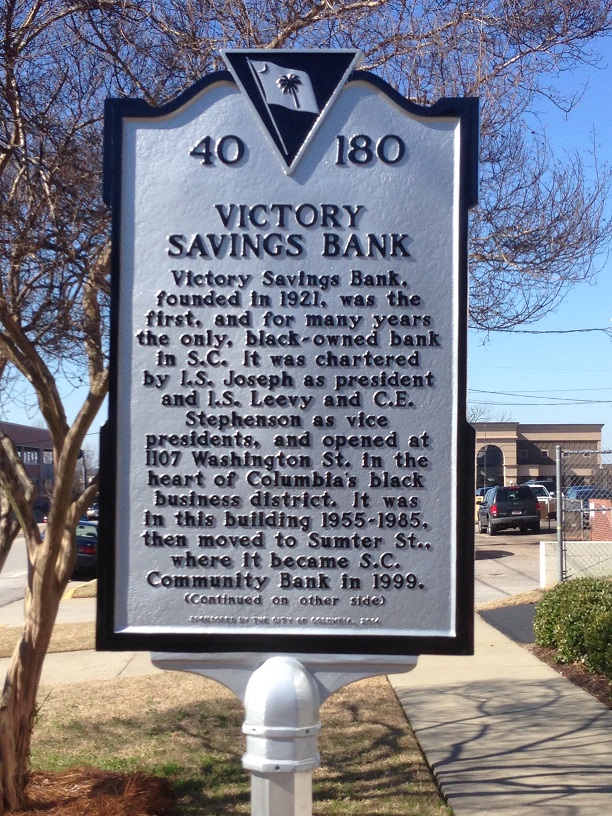 Check out the historical marker.

Banking on South Carolina: Cash, Credit, and Community was on exhibit in the Hollings Library, November-December 2018.