South Carolina is one of the top five states that rely most heavily on nuclear energy. In fact, for 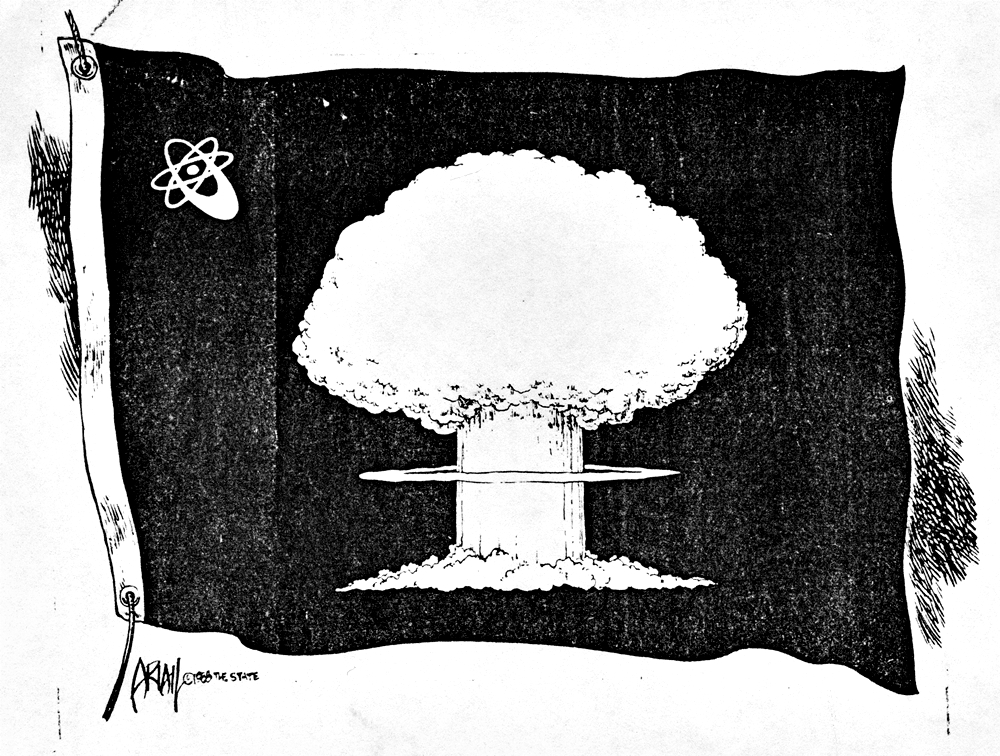 the past several years, 40% of South Carolina’s energy has come from nuclear power plants. Currently, there are four operational nuclear plants within the state, as well as one slated for construction. There are also nationally-used nuclear waste disposal and nuclear research facilities within its borders.

This pervasion of nuclear facilities throughout the state has made nuclear energy and waste the target of many political discussions. South Carolina Political Collections has a wide array of materials pertaining to this topic, which we have collected together into this guide. For the sake of convenience, we have separated the materials between those that focus on energy and those that focus on waste. These subjects do overlap in some collections.

Check out the blog entry and article about the exhibit that inspired this library guide. 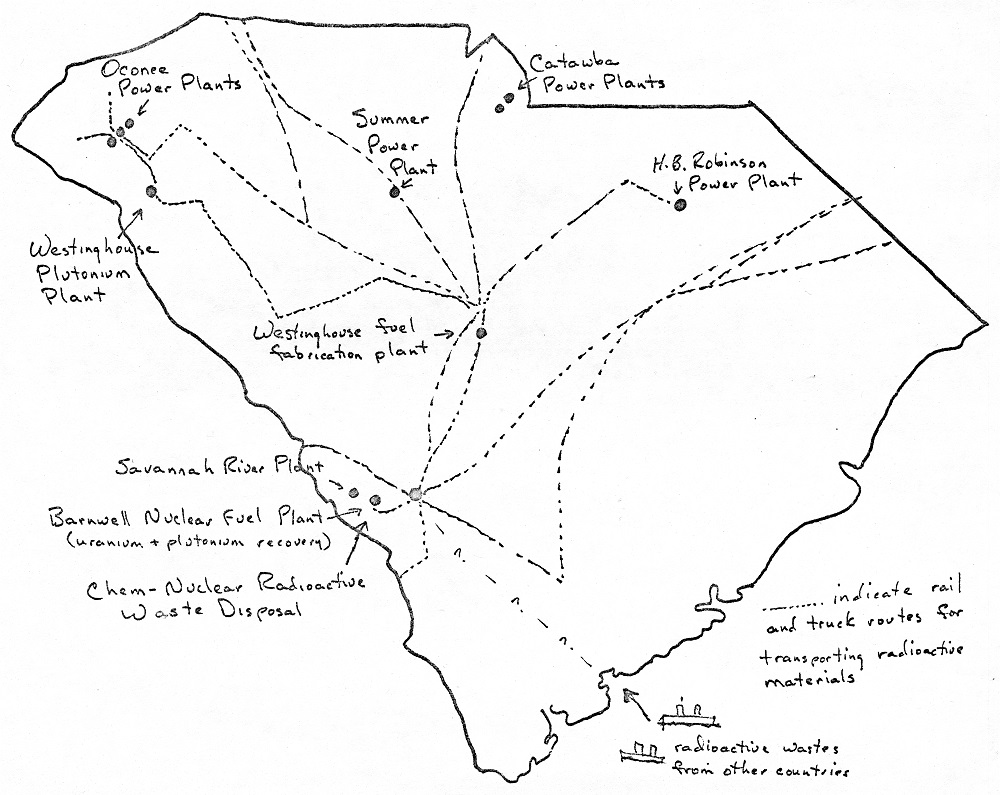 
South Carolina has been home to a number of nuclear facilities for over half a century. The following list details these facilities in order of the year they officially opened.

Savannah River Site, Aiken, opened in 1952 - The oldest nuclear facility in South Carolina is not a power plant, but a nuclear materials production facility, research laboratory, and waste cleanup facility. This 310 square mile property is owned by the U.S. Department of Energy.

Columbia Fuel Fabrication Facility, Columbia, opened in 1969 - This 1.8-square-mile facility is owned by Toshiba and operated by Westinghouse. The nuclear fuel produced here is responsible for over 10% of the nation’s energy.

H.B. Robinson Steam Electric Plant, Hartsville, opened in 1970 - Currently using one reactor, this 45-year-old plant is expected to be operational until around 2030. It is owned by Carolina Power & Light Co. and operated by Progress Energy.

Cherokee Nuclear Power Plant, Gaffney, construction started in 1970 (incomplete) - Duke Energy began constructing this plant in 1970, but financial infeasibility caused the project to be abandoned in the 1980s. This site is most famous for its use in filming The Abyss, a 1989 James Cameron movie.

Barnwell Nuclear Reprocessing Plant, Barnwell, opened in 1971 - Barnwell is owned and operated by EnergySolutions. This plant is in charge of reprocessing and disposing of the majority of the nuclear waste in the state of South Carolina.

Oconee Nuclear Station, Seneca, opened in 1973 - This Duke Energy station consists of three operational reactors. It was the first plant in the country to generate over 500 million megawatt-hours of electricity. It was also the first in the country to control its sensors digitally.

Virgil C. Summer Nuclear Generating Station, Jenkinsville, opened 1984 - This plant is operated by South Carolina Electric & Gas Co. It currently has one operational reactor, but two more have been under construction since 2013.

Catawba Nuclear Station, York, opened in 1985 - This Duke Energy plant, the newest nuclear plant in the state, consists of two operational reactors. In 2013, the plant leaked water with trace amounts of tritium into Lake Wylie, causing a controversy over potential dangers to the public.

If you are looking for an easy place to get started with nuclear research, these collections have the most information on nuclear energy and waste.